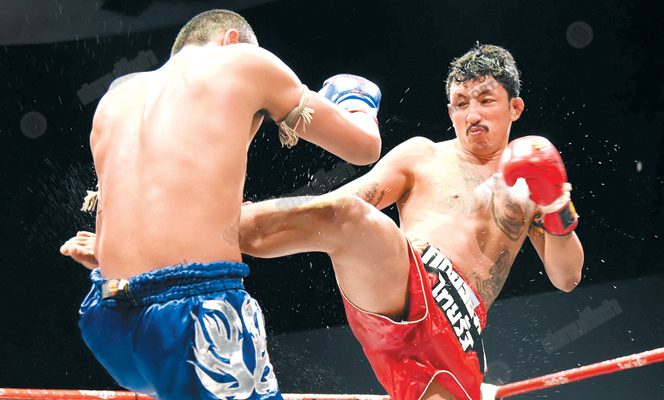 Translated as either “Bob the Gambler” or “Bob the High Roller,” Bob le flambuer is a cinematic breakdown of what happens when someone is forced to risk it all. Bob Montagne, the main character of the film, is known as an extremely lucky gambler who’s a big hit amongst the populace. But when things turn dour for him and his good luck subsides, the ones that once loved him the most decide to abandon him.

In order to regain his wealthy status, Bob maps out a plan to rob a casino during a, particularly important weekend. But pulling off such a big heist is a lot harder than he expected it to be.

As part of the slick 30 for 30 ESPN documentary series this episode focuses on pro-bettor and one-time TV commentator James Snyder who was better known as Jimmy The Greek. After arriving in Vegas in the mid-50s he set up one of the first sports tipping lines on the then nascent NFL, which eventually led to him appearing on CBS to make predictions on upcoming games. Essentially it’s a story of a guy who is down on his luck and finds a bag of money and proceeds to rinse through it at a rate of knots before trying to “win it all” back. Smartly written and with characters that go beyond your usual poker player on a downswing trope make this a good watch with an ending that will likely live in the memory.

This is less a tale of pool and more a tale of how we deal with losses, both financial and personal. If that all sounds a bit deep then it also features some of the best pool scenes recorded on film, some top quality betting action and an effortlessly cool performance from Paul Newman in the lead role. The tale of small-time pool hustler Eddie taking on the big time is one any gambler can empathise with and it features the same mix of hope, hubris, heroics and heartbreak we’ve all experienced.

The movie is also centred on Roulette, as love story emerges and lots of money is being spun. It’s fascinating to see how involved the scheme is and how complex and serious a business card counting can be and the filmmakers do a great job of keeping the pace up and letting the story unfold. If you’ve not read the book by Ben Mezrich then this US made-for-TV dramatised documentary will be a fascinating watch. It’s the story of a team of students from a US university who perfected a card-counting system that they used to take Vegas casinos for huge sums of cash. The combination of mathematical strategy and old-fashioned con trickery required to pull this off makes this a massively entertaining watch, if you can forgive the slightly cheesy American production values.

If you grew up in Texas on a ranch and were raised by cowboys, it’s pretty inevitable that you’ll be sat down at the dinner table and taught the basics of poker at the very least. https://www.bbc.com/ When it comes to films about gambling, there are almost too many to name. A lot of them are considered critically-acclaimed classics and are personally some of my favorite films.

Killing Them Softly is a story about an amateur crook who is hired by a poker player to rob an illegitimate game hosted by Mafia bosses. Fed up with his excuses, the gambling ring owner gives him a week to pay off his debt with cash – or his life. Desperate to keep living, the professor enlists the services of a few of his students to help him find the money. I fell in love with the Joe Pesci and Robert De Niro dynamic after seeing Goodfellas, but this movie was even better in my opinion. Directed by Martin Scorsese, this movie is violent, vulgar, but absolutely beautiful all at the same time.

The simple definition of a croupier is an individual who’s in charge of running a gaming table. The movie named after that important position follows an aspiring writer who takes on that role in order to support his ambitions. During his time spent as a croupier, he tries his hardest not to get sucked up in the dark world of gambling and fall for a more “attractive” temptation. He eventually succumbs to his dark desires and ends up in a situation far worse than he could have ever imagined.

Could Mirror’S Edge Be A Film?

There’s an underground high-stakes poker world that draws in the main characters with its potential for big money. What people are willing to put on the line—the cheating, the obsession with winning back what was https://www.robustposts.com/2020/04/top-5-most-beautiful-casinos-in-world.html lost, the lengths people are willing to go to in order to do that—is what makes this film stand out. Ranging from casino gambling, counting cards, and hustling, this particular genre covers a pretty broad range.